Some of you may have seen this.  I added articles as they were published into Sept. 1...I won't post them all, as there will likely be many more in the weeks ahead.  I hope this disaster wakes people of the state up about the plight of the eco-system - a plight that affects everyone.

The Southern Resident Killer Whales are listed on the endangered species list, yet the 'recovery' as is not happening...no more studies please. It's time to stop turning a blind eye.

...they tried to blame it on the solar eclipse - Wrong!

...information from Our Sound, Our Salmon kept people informed on that first day:  'A Timeline of What We Know
Over the weekend, a large escapement of Atlantic salmon occurred off of Cypress Island. The escapement of non-native Atlantic salmon poses a massive threat to native wild fish in the Northwest.
Here are the facts of the event so far.
1.
Back on July 27th, one of three fish farms at Deepwater Bay off of Cypress Island broke free from its anchor and needed emergency teams to fix the damage. There were no escapes but the cause of the damage was due to high current and tidal movement, as reported by the industry.
2.
Now, less than a month later, tides and currents are the supposed cause of more damage to a net pen at the same location. A reported 305,000 Atlantic salmon have escaped from one of the pens, an escapement that threatens the integrity of the Puget Sound ecosystem.
3.
In the media, larger than normal tides due to the solar eclipse have taken the blame for damages to the net pen. While we remain open to the possibility, we are skeptical about this diagnosis. A preliminary review of historic tidal data reveals that this location has experienced higher tidal levels in the past without reports of damage. We are working with state agencies and the media to gain more information on this topic.
4.
Washington State sites net pen operations in areas of high tidal movement to manage the impacts of waste on benthic sediments. Net pen facilities are expected to withstand high tidal movement for this reason.
Regardless of the cause, we are shocked and disheartened by this failure to protect our marine environment, and are deeply concerned about the negative consequences this escapement may impart on wild fish and marine mammals.
If you’re as outraged as we are, we invite you to join our Flotilla protesting
https://www.oursound-oursalmon.org/

Farmed Salmon heading to every river in Puget Sound
http://www.seattletimes.com/seattle-news/environment/farmed-salmon-heading-to-every-river-in-puget-sound/

Read and make your decision about signing the petition.
or here is the link: https://www.oursound-oursalmon.org/sign-the-petition#petition

The destruction of the Salish Sea must stop!

The last article is horrifying to learn as to where the escaped Atlantic farmed salmon have already been seen.


Late in day on August 25
Wild Salmon Advocates File Notice of Intent to Sue  and also in the article about how far those Atlantic farmed salmon have gone now.
http://www.seattletimes.com/seattle-news/wild-salmon-advocates-file-notice-of-intent-to-sue-over-farmed-fish-escape/

September 1
Atlantic Salmon Farm Was on It's Last Legs...

Posted by Jeanne at 6:25 AM No comments:

...on August 17th the T30s traveled down San Juan Channel...they were not close to shore...I hadn't seen them in a long time...and when I saw T-30A I immediately thought he would be a good one 'for confusion' as to Resident or Transient (see quiz on prior post)...
...far from shore for a while... 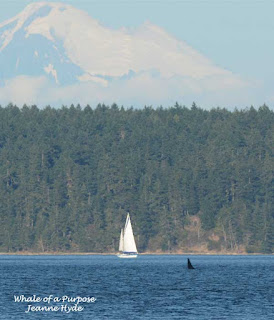 ...still a good distance...
...the first closer image one might think a Resident... 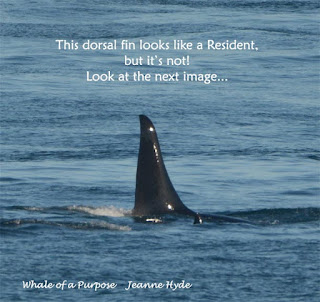 ...but then another surfaces... 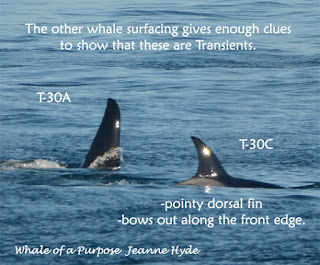 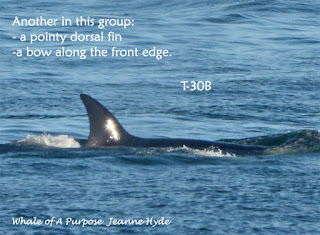 ...by the third it was clearly evident this was a group of Transients... 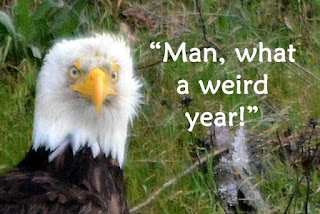 ...inside of Low Island, which is off of County Park...

BUT I find it difficult to not talk about the Southern Residents...they are not here and there are huge implications for why they aren't...
...my last blog post mentioned the bait fish moving up, and lots of it...well, that has stopped... (remember, I'm only talking about a stretch along the west side of San Juan Island)...no matter, this stretch is not at its level of sea life that it has been in the past 13 years that I've been watching...

...some L Pod whales came in the other day...that night at midnight they came up to the lighthouse...their echolocation clicks were extremely loud and they lasted a good while...they were in the area until after 3 a.m. fading off the Lime Kiln hydrophones...seen later that morning heading back out to sea...

...test fishing indicated Chinook salmon had been coming in...looks like the whales followed them...I heard from several that the whales were seen with fish in their mouths and/or chasing fish...now that's a good sign...
...the not-good sign is that they were heading back out to sea the next morning...

...no one knows what will occur next...will it all of a sudden change?...it certainly can...and it also can stay the same...what is important is that no matter where the whales are they must eat to stay alive.

...we can only watch and wait and see what unfolds as the weeks go on... 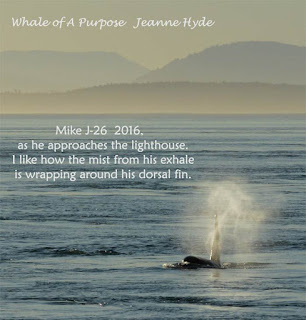 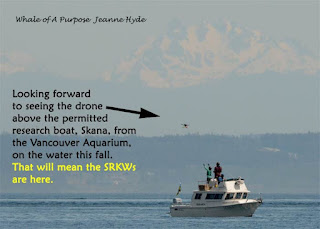 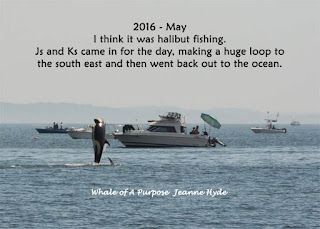 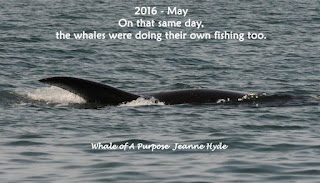 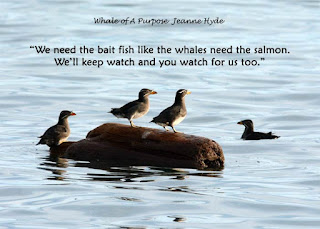 ...the Transients have filled the empty space...but they aren't the Southern Residents...
...please don't throw the SRKWs away...no matter who tells you something 'can't' be done is only saying words...it's the actions of people who can make the change...
...when someone tells you to 'not even bother' ...well 'be bothered' - bothered by their words of discouragement, push on...it's only their opinion... 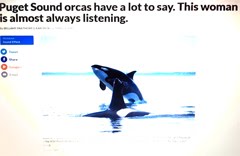 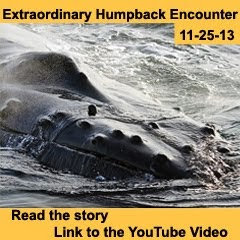