The unusualness of this year has continued. Not having posted in a month is a clue...However, over this last month I have watched the complete cycle of the Junco baby birds and mom now having built another nest, I may just get to watch it all again.  However, I hope this next month to be watching the Southern Residents.

During this month there have been many transient orcas in the area.

There have been no SRKWs in the inland waters.  Is that why the Ts seem to be so 'relaxed'?  In the past they would more often move through at a steady pace.  Not this year. The Ts are free to roam wherever they want without any interruptions.

During many encounters from shore along the west side, in the past, Ts were heading up island not far from shore and at the same time SRKWs were coming down island, but they were not within hearing range.  The SRKWs continued along their same path. Then almost immediately after hearing the first SRKW vocal over the hydrophones we watched as the Ts made an abrupt turn and headed very quickly in the opposite direction! Pretty amazing.

A few images from this past month.  A lot of the days the Ts were close to the U.S. / Canadian border - a good distance out there. 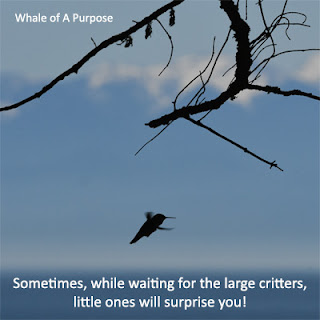 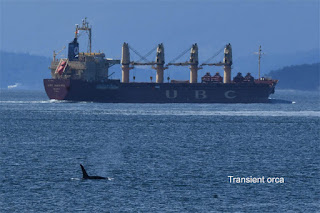 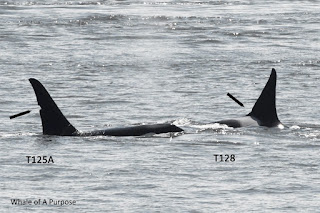 ...then I got sidetracked with the Juncos 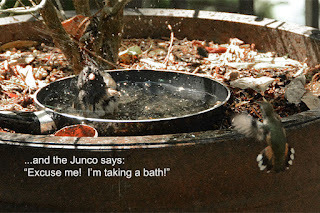 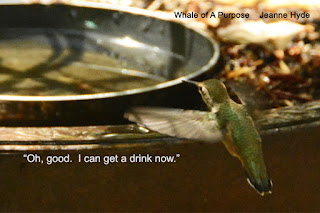 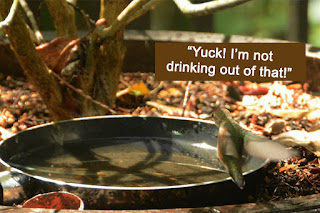 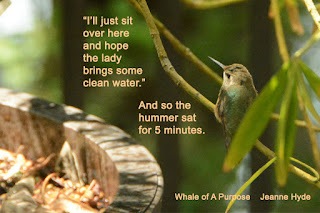 ...one of the Junco fledglings 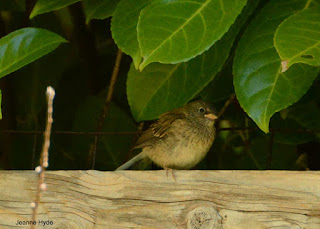 ...the two fledglings and mom or dad 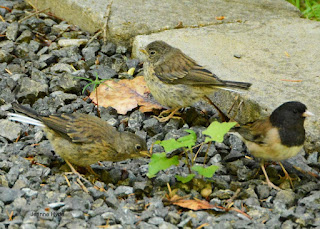 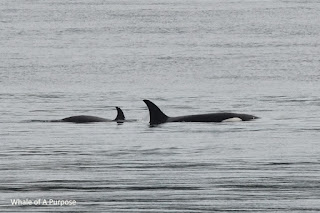 ...Eba the whale poo sniffing dog and her 'people' at work! 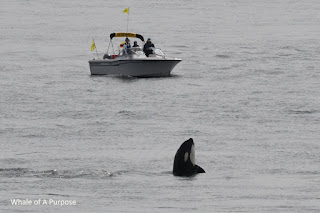 ...and don't forget to look up! Sometimes that's the only orca to be seen. 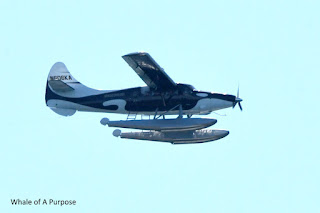 ...later...Soundwatch heading home, after a long day on the water. 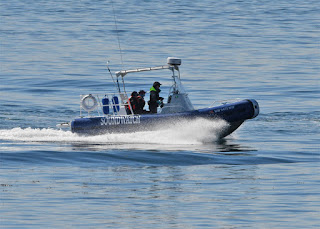 ...salmon cloud.  It looked like a salmon carcass. It got my attention because the salmon are in dire need of help. Then someone else said it made them think the salmon would be back soon, meaning the whales would be behind them. 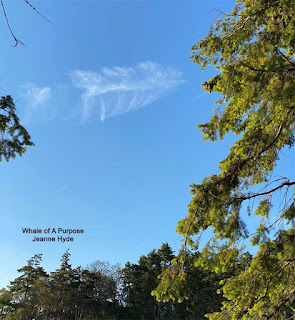 Speaking of the lack of the SRKWs, who used to return in April or May,  but last year J Pod didn't show up until July 1...will that be the case this year...I guess we will soon find out.
They need salmon and as long as the salmon are not here it is unlikely the whales will be.  It is also an indicator they are likely finding salmon on the outer coast - somewhere.  Let's hope.
And the Transients and them eating their way up Haro Strait (and everywhere else) is it their way of helping to balance out the food situation?
...and then baby deer started showing up - distraction! and hummers began showing up at the flowers - another distraction! 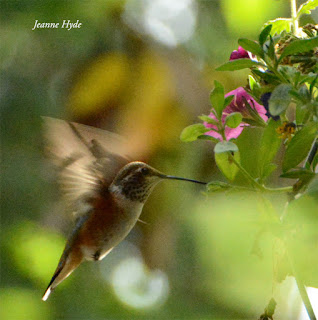