L Pod Whales Came Back Down

This began similar to the previous encounter - whales far offshore, but this time the seas were calm, the sun was shining and a few of the whales surprised those of us along the shore as they passed by Lime Kiln lighthouse. 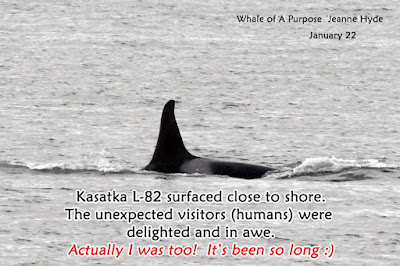 The whales were quite vocal too.  There were a few people there and the whales really surprised them. Then I turned up the volume on the hydrophones and they were amazed that they were actually hearing the whales!  Fun stuff! 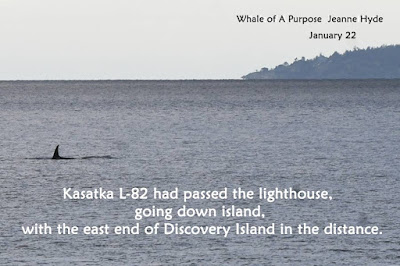 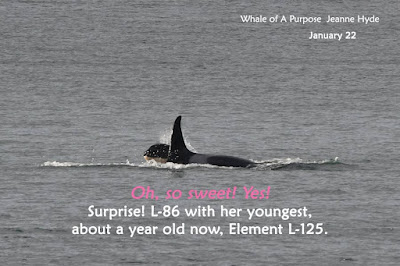 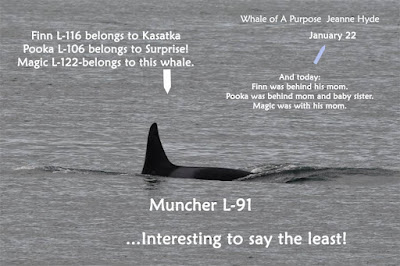 Just past the lighthouse, in a spot that used to be common for them to take a look for salmon, one of the whales changed direction and was actively foraging.  Always hoping they are successful, and it sure looked like it!  Nugget gave a great demonstration of what it looks like when they are chasing a salmon - lots of direction changes, two others came and joined in and then they were under the surface for a few minutes - eating?  Likely. Because when they surfaced, they were in the same location and began to calmly move down island again. 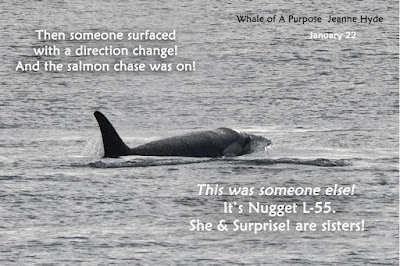 There were many L Pod whales, those who went north with J Pod a couple days before.  Later I learned that the L12s had shown up south of San Juan Island.  Read the Center for Whale Research's Encounter from that day.  Some awesome images...makes me smile while I'm typing this.
I don't know where J Pod is...still up north? came down a different way? Once again, only J Pod knows for sure! That reminds me to turn up the volume on the hydrophones :)
Posted by Jeanne at 10:00 PM No comments:

It began with the whales far offshore. It was January 20. There were not many vocals, but it was clear they were SRKWs and likely J Pod.  It wasn't possible to tell how many. 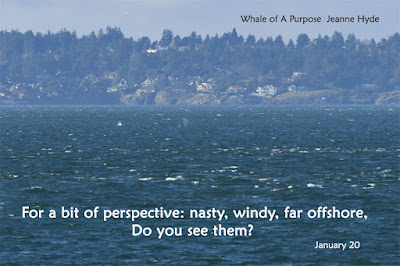 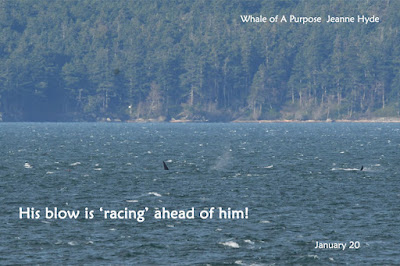 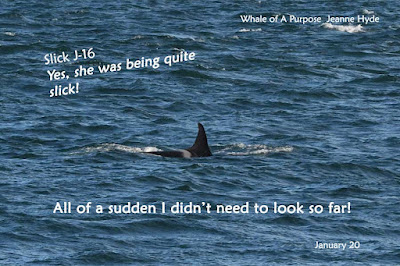 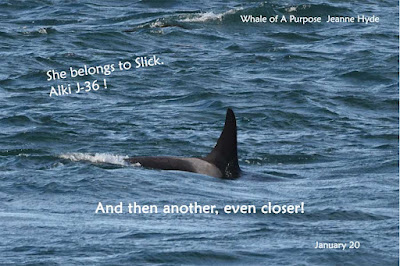 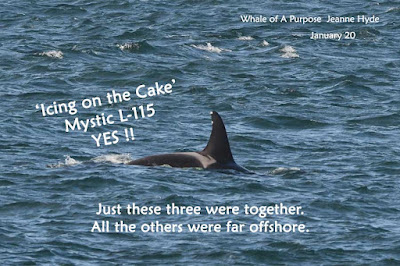 Some L Pod whales were with J Pod!!
Posted by Jeanne at 10:32 PM No comments:

Looking Back a Few Years

I came across a video I created at the end of 2011.  Many of the SRKWs are no longer alive and this gives a nice opportunity to remember them, even if for a few seconds. Many have grown. The youngest is the one who was born in 2011.

The video was taken by me from a boat or shore during the year. Very fond memories indeed.

I hope you will meet those you had not had the opportunity to meet when they were alive and part of this community. I'm sure their family remembers them.

Posted by Jeanne at 4:34 PM No comments: