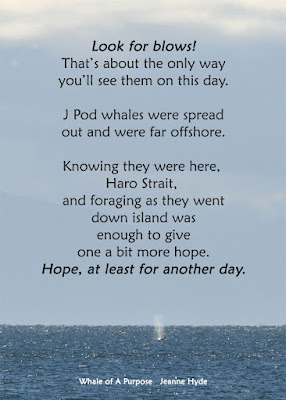 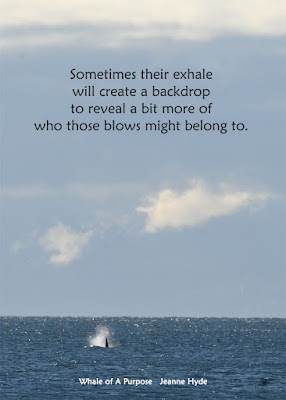 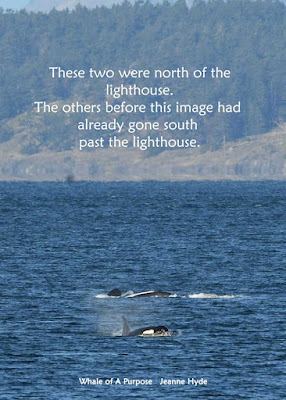 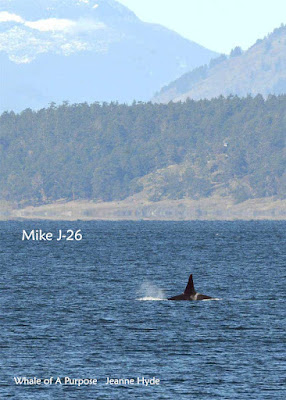 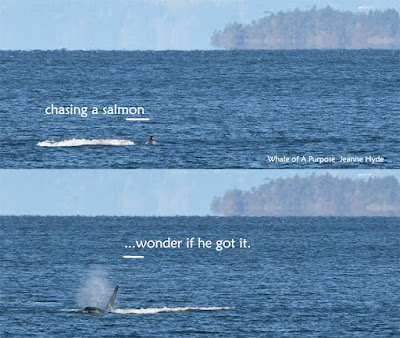 November 19
The whales were spread across.
Not uncommon for them this year.
They went into the Strait of Juan de Fuca and then seen a few days later in Puget Sound.
On November 20
An unusual Humpback encounter.
It was during the day.
The Humpback vocalized for over 6 hours that day.
BUT the Humpback was never seen!    Really!
With calm seas an exhale from a Humpback is quite obvious, even from a great distance.
Some people, including me, had heard it over the Lime Kiln hydrophones and got to the Park asap, because they were 'sure' that the HB was right off the lighthouse.  No one saw the it!
Here's a short sample of some of the vocals heard from this fella.