It was a nice day.  Calm seas on the east side and not so calm seas on the west side. I don't go out and about often...my attempt at saving on gasoline. Today would be a day to go see what was out there.  Then I heard of some orcas in San Juan Channel but I didn't know direction.  So off to the calm east side to see what I could see. I didn't know that I would end up being in the right place at the right time.  Not sure if what I had see was a blow or just the spray of water off a log... 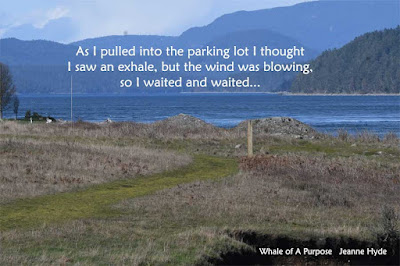 If it was a whale(s) my chances of seeing them might be slim. 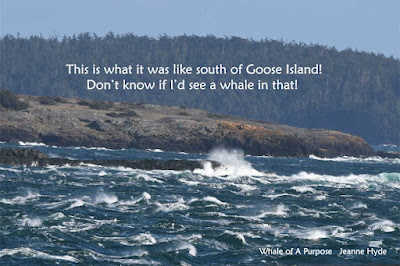 Being distracted this time was a good thing! 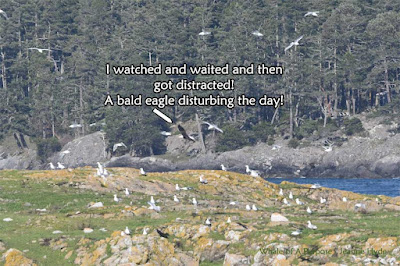 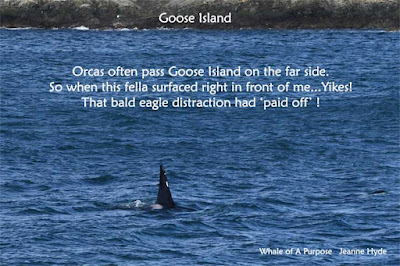 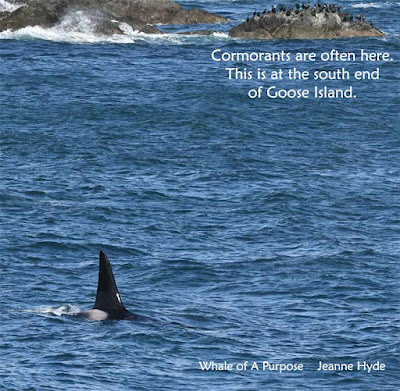 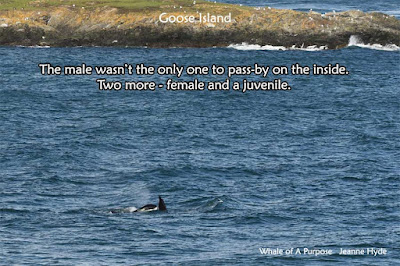 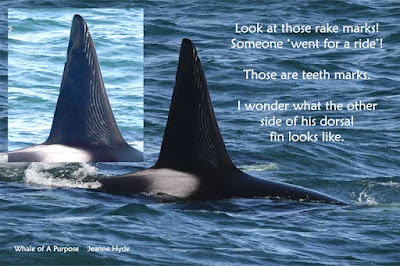 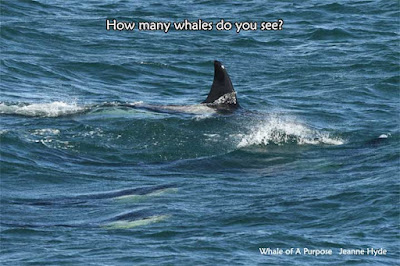 ...I don't ID from my camera...so I waited until I transferred the images to the computer.
However, I did see only one adult male, a female with a juvenile, another juvenile and then another female surfacing with the adult male. All of them passed-by on the inside of Goose Island.
The total was 5 animals:  T002B who travels with the T060s is the one who I saw with T060C.  T060D & T60E dispersed a while ago.  They'll show up somewhere, sometime, but they weren't there today. Then there were two young ones - T060F and T060G.  I hadn't ever seen T060G before.
What an unexpected treat the encounter was!
Posted by Jeanne at 11:30 PM