What the Whales were Up To!

First Part of August - there was a lot of activity/action. J Pod, the L12s and the group of 18 L pod whales, who travel together, came in from the Strait of Juan de Fuca. the following day they all went north.  The L12s came back down in the middle of the night. The others had continued north.  The group of 18 L pod whales came down Rosario Strait on the eastern side of these islands and the mainland...some people on the ferry had a treat!

They met up with the L12s. The following day J Pod came down Rosario Strait.

Okay, it was a confusing few days - who was where & when!!

You just never know who might be looking at you! 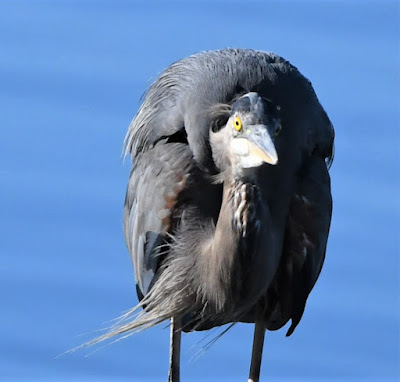 You don't always know what might be coming your way! 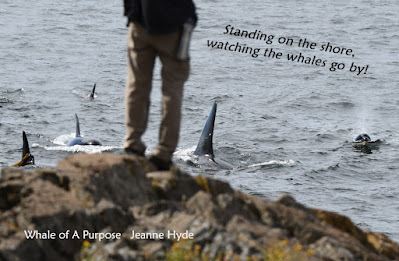 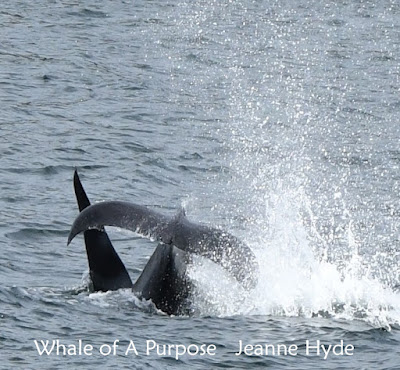 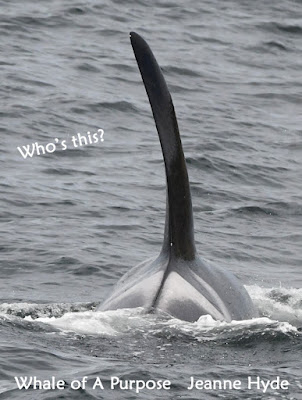 J Pod stayed the longest, the L12s the second and the large group of 18 L Pod whales departed first.  The L54s might not have come in with the others.
J Pod came down island August 9, late in the day.  They were very spread out & most were within a 1/2 mile from shore.
Though this one appears to be in a hurry, most did not.  They were pushing against an oncoming current.

Mike J-26 stopped just off the lighthouse to do some foraging. 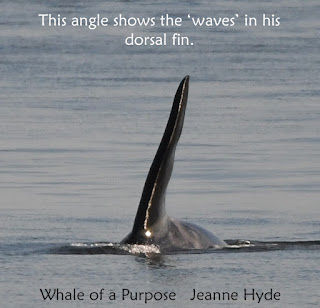 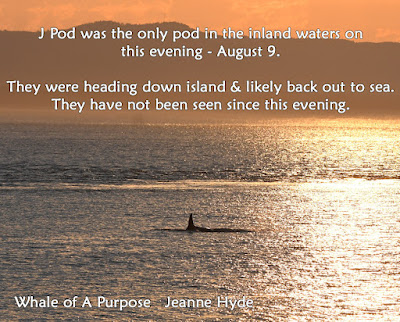