The SRKWs had gone back out to sea.

We've been glad they have been gone most of the time because of the boat that sank.

Meanwhile there have been Transients in various places. There are two brothers, who seem to like to not do what the humans would like them to do and that is avoid the spill area where the boat went down.

And they did it again. It was in the afternoon; J Pod was in the Strait of Juan de Fuca and inbound...oh, no!  Some Transient orcas showed up on TWM's web cam...they kept coming north, so I went to County Park to see what they would do...this image is of the crane that lifted the boat up to the surface...but there was much more to do. 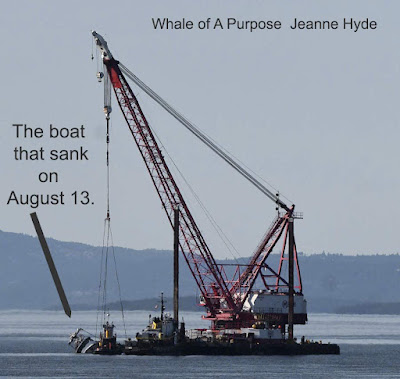 ...what would those two brothers do? 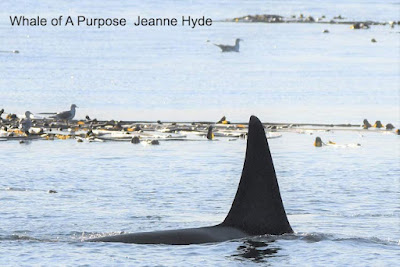 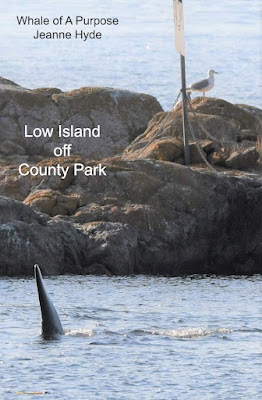 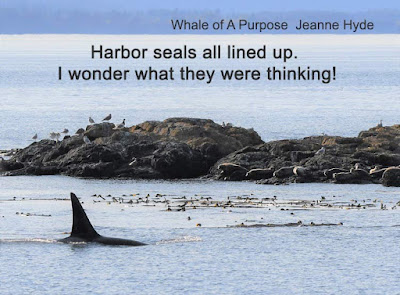 ...just what they have done before...go on the inside of Low Island, which is just off County Park...and on the shore side of the crane/barge and sunken boat. 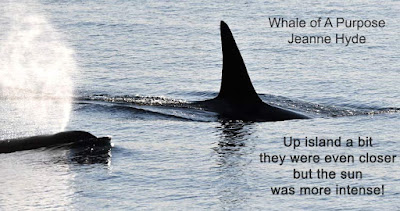 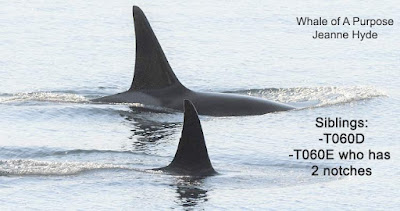 ...word was that J Pod was pretty much in the same place as they were about 5 hours before...

...then there was word that they might have come to Haro Strait after dark, but by the next morning 9-19 they were seen heading west at about the same place they had been the day before.

...my take on it is that maybe they had come in and even though they weren't detected over the hydrophones, that just maybe (a little levity here) they sent a 'scout' up island to check out the sunken ship situation (ha-ha).

(Note: we've seen the whales do this in the past only it was more about looking for fish than looking for the status of a sunken boat.)

The sunken ship had been lifted to the surface but was still in the water. Official word came that they would be moving everything to shallower water and out of the travel path of the orcas.  oohhh..

Success! And what an awesome event to watch...the patience, the coordination of so many.  Thank you USCG, Dept of Ecology, deterrent team and so many others.  Here are a few images from what I saw today. 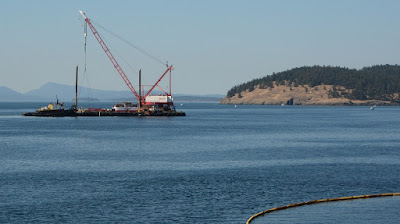 The cable coming down toward the left side of this image is what the sunken boat is attached to. It wasn't as easy to see it as it was yesterday because it was on the far side. They were heading into Open Bay.

This image shows the extent of the boom.  I would assume if there was a leakage from the rescued boat the boom was there and ready.

I had seen some smaller boats, possibly DFO and/or WDFW, that were deterring speeding boats away from any interference in this operation.

The last boat I saw was the US Coast Guard ship. 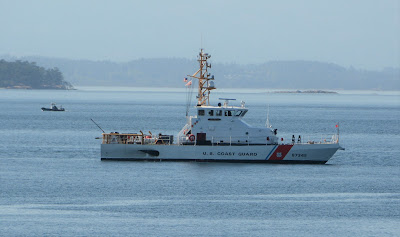 This may be 'all in a day's work' for all who are working on these boats/ships.

It is something that not everyone gets to witness.

Thank you, one and all for your service.