Tuesday, January 21st
...calm waters, whales somewhere out there...out on Maya's Westside Charters - yes, even in the winter when people want to go and explore...
...Capt. Jim let Capt. David know that whales were seen coming out of Puget Sound...that's great, except that there are a lot of options once they get into that big water...
...but there was a chance, so down island we went...at Whale Rocks we stopped to see the Steller sea lions...those two youngest pups and moms that we saw on our January 4th trip were still there and today it looked like they were 'snuggled' in the middle of several adults... 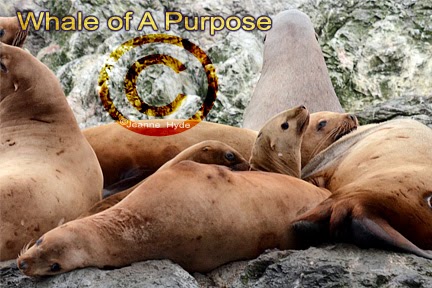 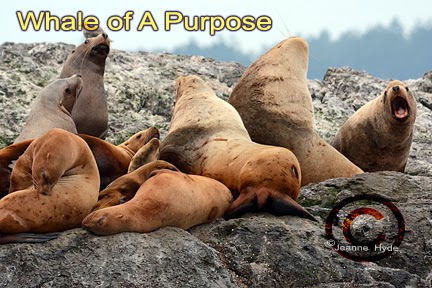 ...this other one looked young until he turned to 'talk' to the one getting out of the water... 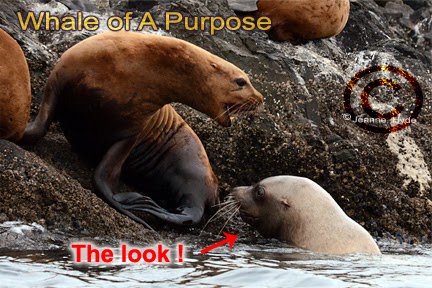 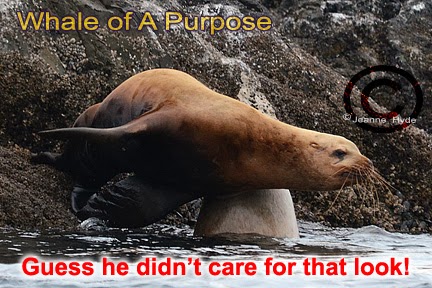 ...as we came around to the other side of Whale Rocks 261R's brand was nicely visible - R stands for Rogue Reef, Oregon - ...we send these images to the researchers who track the sightings of the Stellers... 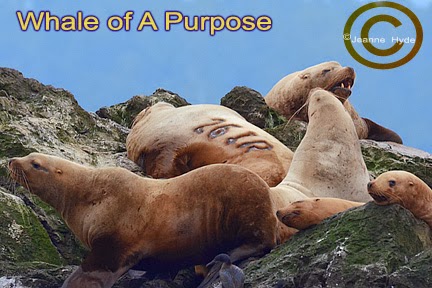 ...no whales did we see...but I did hear them...just a few minutes after getting home - just after 4pm, I began to hear the whales over the Lime Kiln hydrophones...the calls were very faint, and only for a few minutes...
I had recorded the afternoon, while I was on the boat, and saw that they had also been very faint over the Lime Kiln HPs at close to 3pm...they were passing by a location where the hydrophones can pick them up ever so briefly...when they are this faint you know they are way out there!


...where will the Residents be tomorrow?
Where's the salmon?
That's where.