It has been a very busy several days...

Most important to note is that WDFW has issued another emergency ruling, today Sept 13. This time one that brings hope coupled with concern for the 3, yes, three who are in late-term pregnancy:

The whales have had a difficult time over the last several years. Maybe them having spent an unusual amount of time along the outer coast has provided the food, less disturbance and quiet needed during this later portion of their 17 month gestation time.

(Not present were the L12s and the L54s, which is not uncommon, as these two groups often travel on their own and sometimes come into the inland waters by themselves, as the L54s had done the last part of August and into September.)

Since I'm far behind in all this...here are a few images from the most recent sighting along the west side which was on August 12...It began at around 6a.m. hearing the whales over the hydrophones and then seeing them which was almost an all day event, a reminder of how it used to be for the whales. Here are just a few images of the morning portion which lasted until at least 11 a.m. 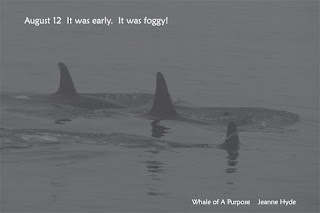 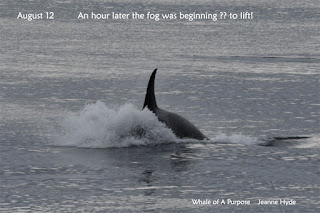 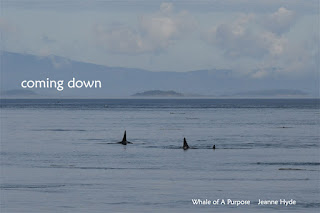 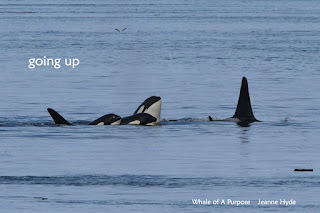 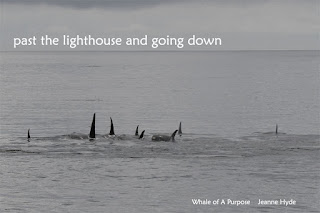 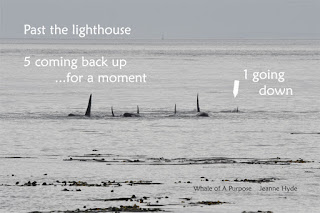 They were spread from in close to far offshore, eventually they all went down island. Some came back up island later in the day.
Posted by Jeanne at 11:00 PM