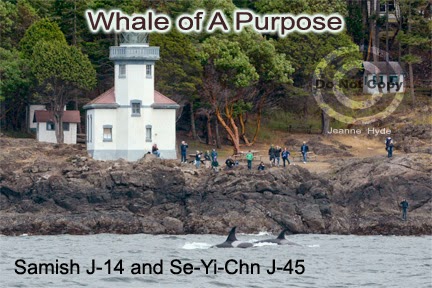 ...approaching the lighthouse from Land Bank was J-27... 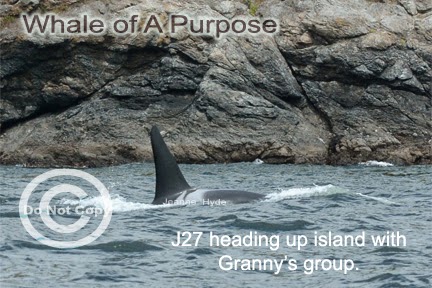 ...as the whales moved up island...someone breached! 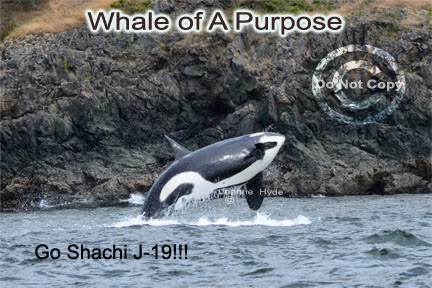 ...since the whales were 'hugging' the rocks and the seas were quite rough we decided to go to the other side of Haro Strait where some Ts were...
...earlier the T65As and the T124As were seen coming down Boundary Pass, they weren't spotted again for a few hours and turned up not far from Kelp Reef area going down island...the J pod whales had come across from Discovery and the Ts ended up at Beaumont Shoals...
...when the J pod whales came up island I saw Granny J-2, Onyx L-87, Shachi J-19, Eclipse J-41, Samish J-14 and her kids and her grand kid, and Blackberry J-27...we left them near Open Bay and went across to see the T124As... 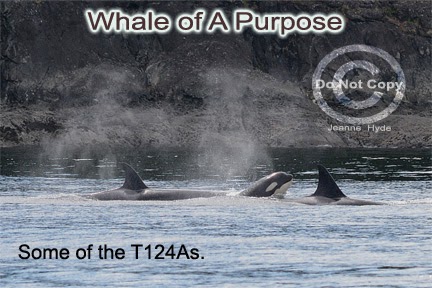 ...then back across again to see the Residents as they were nearing Stuart Island...Onyx L-87 and Granny J-2 were the two nearest us, the others spread to the east... 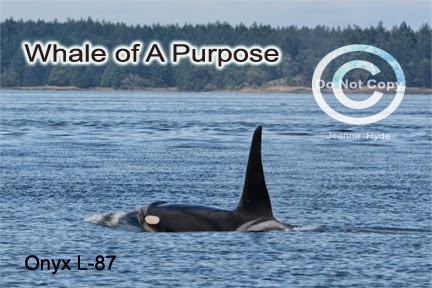 ...we heard there were three whales down island from us and since we had to go that way to get home, we'd look...but we never did see them...
...when I got home I learned that some other whales had passed by Lime Kiln heading up so I'd wait to see if I could see them...thinking it was some of the J pod whales...WRONG - it was the T65As!...when they had split from the T124As they had come over to False Bay... 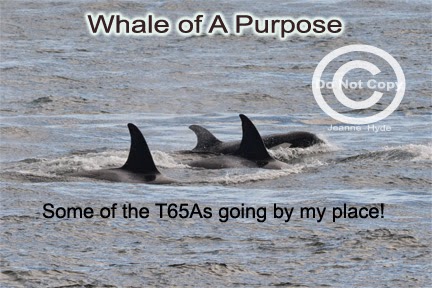 ...I heard them over the Lime Kiln hydrophones and then the Orca Sound hydrophones as they continued north and learned at about 7pm, from Kim and Karl at Lonesome Cove Resort that they had gone through Spieden Channel (west to east) and headed down San Juan Channel toward Friday Harbor...
...but that wasn't all from the whales today...
...at about 5:30pm I heard echolocation clicks over the Lime Kiln hydrophones...up island came the J16s and the J22s (or J10s or The Cookies)... 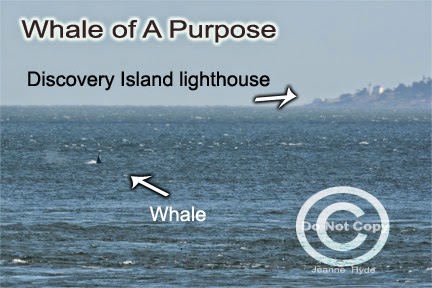 ...they were far offshore...I tuned in to the Orca Sound hydrophones... I originally figured they were going to continue to go up island, but when they didn't fade off I decided I had better go look...so off to County Park I went...they had stalled out near the Center for Whale Research and County Park for about two hours, before going back down island against a strong flood tide...
...that's Low Island, off County Park, with the sign on it... 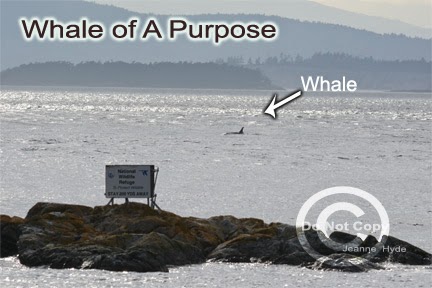 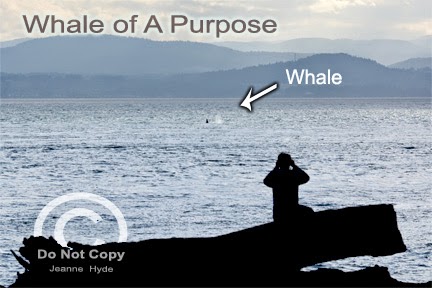 ...sitting on that log at County Park watching the whales - Priceless!
...I got home and watched the whales...they began to get into a group and head down island...I just had to go to Lime Kiln Pt. State Park and see what they might do next... 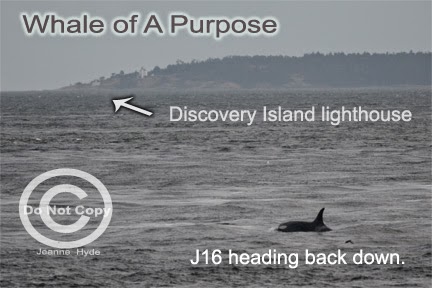 ...as they came down island I questioned myself as to who I was seeing...it seemed like too many female dorsal fins, but they were just too far to get very many IDs....I wonder... 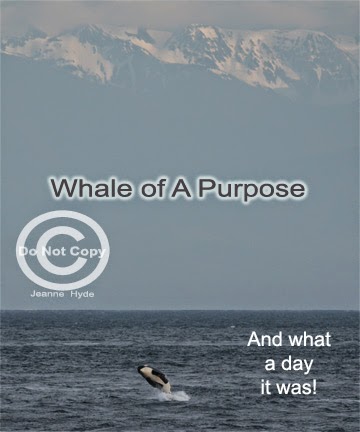 ...one group to the north, another down island, another off amongst the southern Canadian Islands, and others going down San Juan Channel -


Now that's what I call a giant whale hug for everyone!