Friday, June 20th
...it was going to be a three trip day today on Maya's Westside Charters...I wondered if the whales would still be here...
...it didn't take long to find out...up at 4:45 a.m...and 25 minutes later I hear whales over the Lime Kiln hydrophones! - Oh, my - they stayed!
...dashing to the Park...I miss them again...I was beginning to wonder what I had heard over the hydrophones because it took about 20 minutes before I was able to locate them way out in mid channel in what looked like a wide line resembling a resting pattern and up island from me by close to two miles...
...we headed out of the harbor at 10a.m. and caught up to the whales in Swanson Channel...I didn't have a clue who might be present today...and had expected that maybe the L pod whales had gone out...
...some were in the middle of the channel... 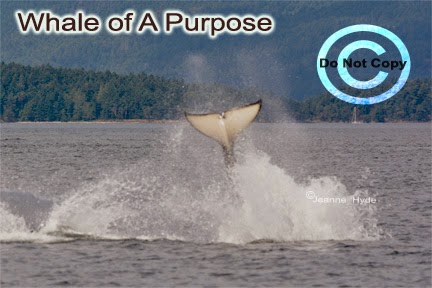 ...others were close to the shore in mixed groupings...Finn L-116 was surfacing with Blackberry J-27 for quite awhile...of course Kasatka L-82, Finn's mom was present...some of the J17s were in the group too, and some of the J14s... 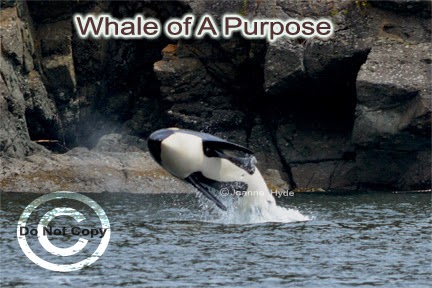 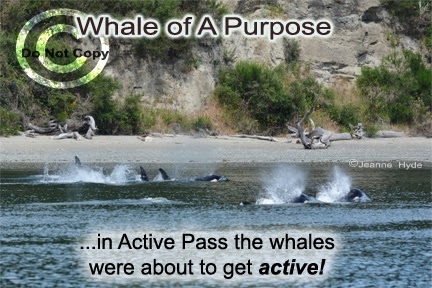 ...the big cartwheel we saw earlier...someone else was up to it this time... 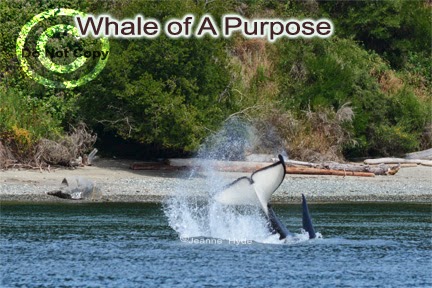 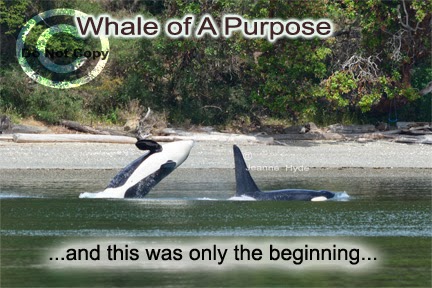 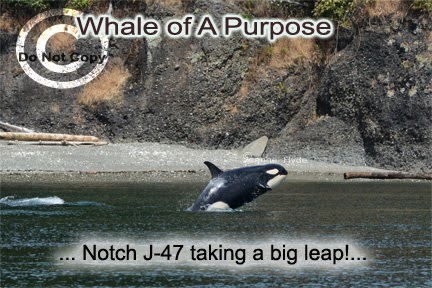 ...an up close moment for these folks as the whales rounded one of the corners in the pass... 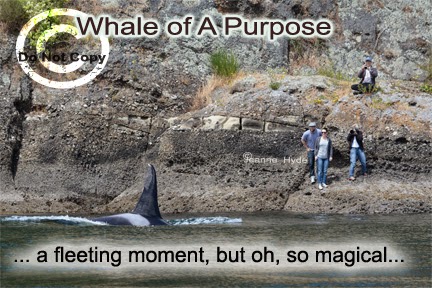 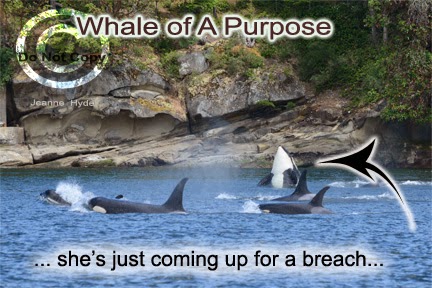 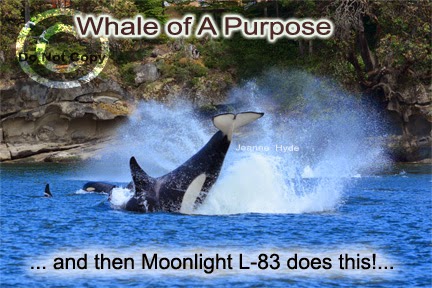 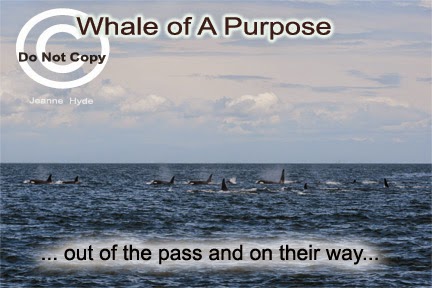 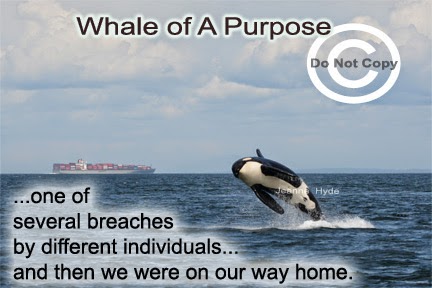 ...and I already knew that yesterday was spectacular...well today topped that!
...and then late in the afternoon, just a few miles outside the Harbor - Ts!
...the T49As and the T36As... 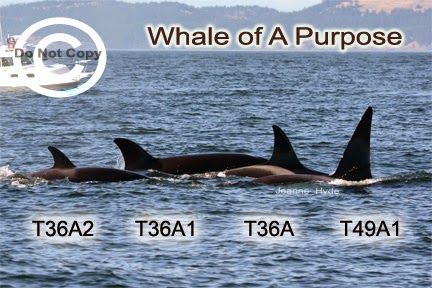 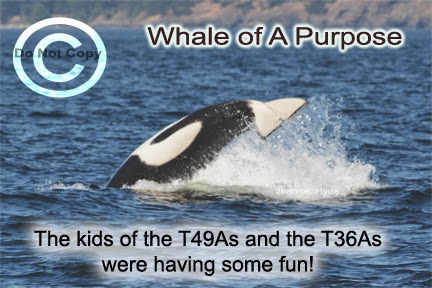 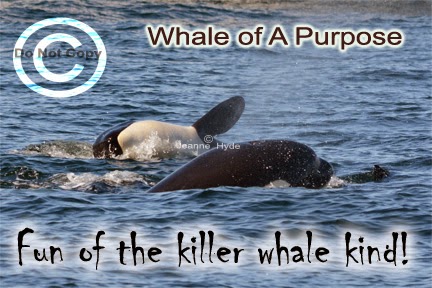 ...then I learn that the Js and Ls had already turned and were coming down Rosario Strait...will they be here tomorrow?


J pod has been present
in these waters
all but 2 days
since May 31st...
Is it correct to assume that the whales are getting enough
to eat or they wouldn't be here?
Will all our concerns for enough salmon be put to rest - for this season?
No matter what, we cannot get lulled into thinking
there is plenty for the long haul.
Think salmon restoration for now
and for the future.
The whales are depending on us for that.
Posted by Jeanne at 11:33 PM