The K12s, Sequim's family unit of five, and the K13s, made up now of one brother, two sisters each with their male offspring, were present for a second day.
They spent the day along the bottom half of the island.  To keep it confusing and interesting they were coming up in the afternoon.  Only a few made it as far as the lighthouse.  They goofed around in front of the light and then turned and went back down island. 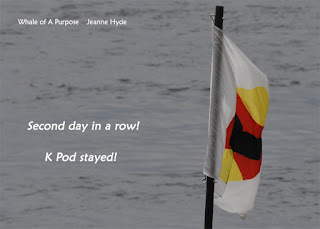 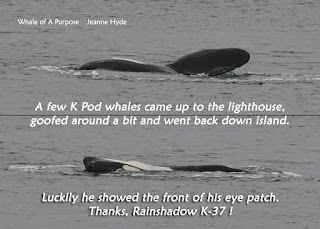 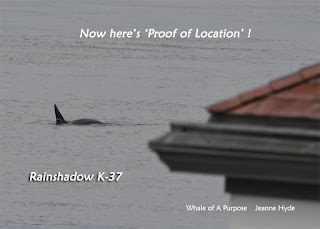 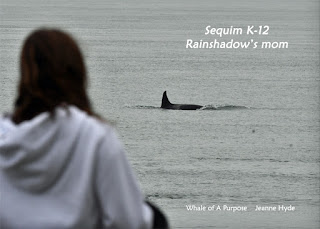 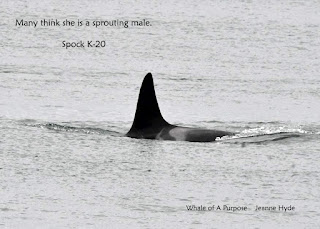 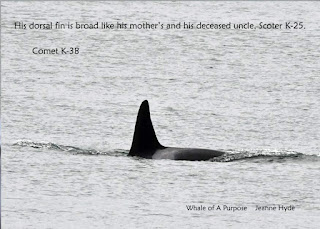 ...this image was taken a couple miles south of the lighthouse, before they came up...so it's out of sequence... 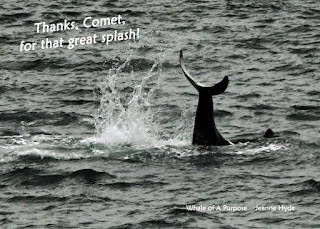 ...That night they evidently headed back out to the open ocean, as we have not seen them in here since.  There was a 2nd or 3rd hand report of them being seen on the outer coast, but I don't know if that is from this past week or from several weeks ago(which was a valid report)...
...the whales know where the food is and that is where we should want them to be.

It's once and for all time to
rise to the opportunity to
change the imbalance of the ocean to sea life.